This use case guides a user through understanding the impact of Schema App markup on Clicks, Impressions and CTR.

So, you were previously implementing your own markup but switched to Schema App last quarter. Or perhaps you’re using Schema App to supplement existing markup on your site. Now you want to know: how has the markup from Schema App impacted Rich Result performance?

Step 5: In the Overview tab, under Search Features, look for:

These clicks and impressions can be attributed to Rich Results from Schema App (URLs with Schema App markup). 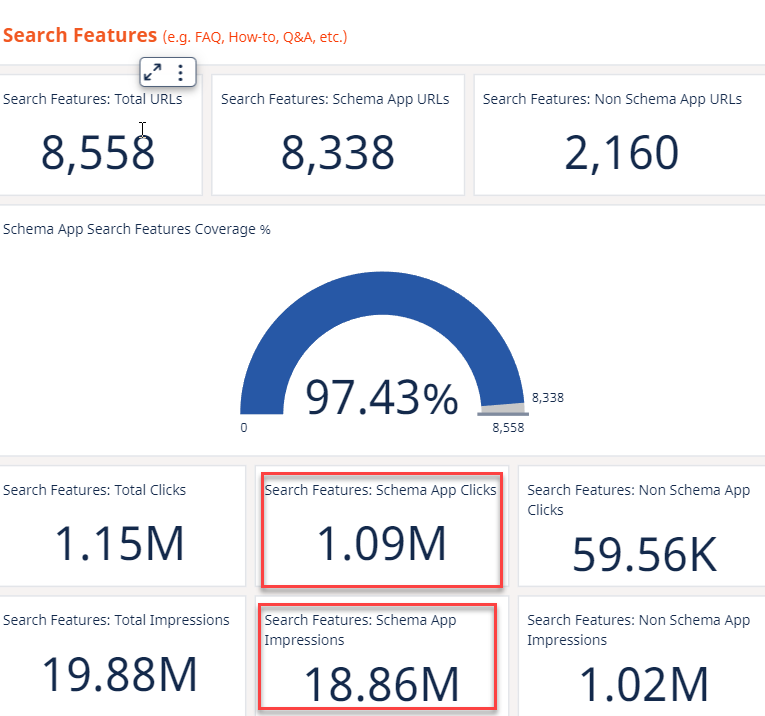 Step 6: In the Overview tab, under Total number of URLs, look for Total Clicks and Total Impressions. These are the clicks and impressions for all pages, including those with Rich Results. 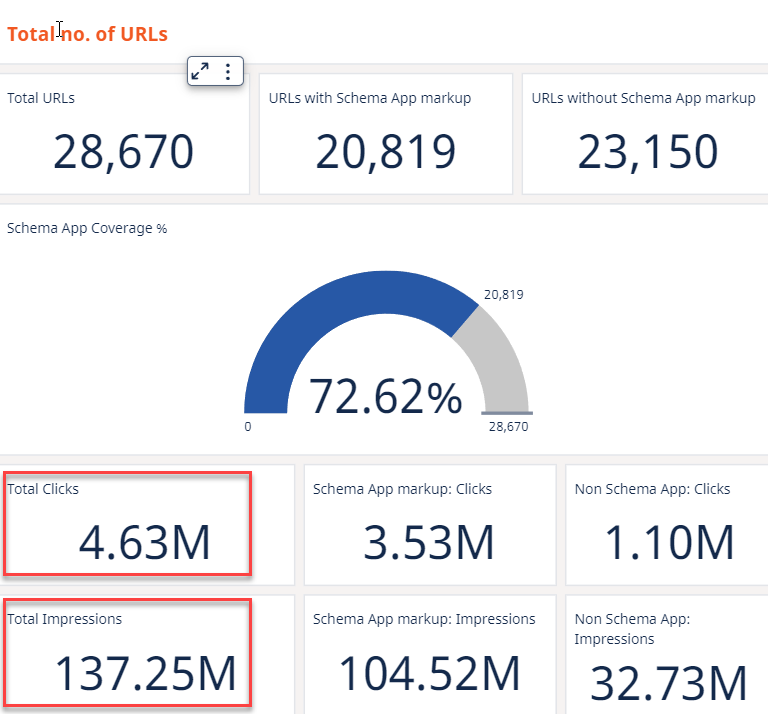 Step 7: Repeat Step 5 for the time periods you wish to compare e.g (Jan - March, April - June) using the Controls at the top of the dashboard.

Step 8: Next, calculate the percentage of metrics attributed to Rich Results:

In the above example, the data shows that there has been quarter over quarter growth with the inclusion of structured data from Schema App. It also shows that Rich Results have contributed to an increasing number of Clicks and Impressions.