Adobe Experience Manager (AEM), is a comprehensive content management solution for building websites, mobile apps and forms. And it makes it easy to manage marketing content and assets.

Schema App connector for AEM was created to serve a growing subset of our clients who host their websites on AEM. The connector allows our clients to get JSON-LD server side which increases schema markup deliverability as well as reduces client page rendering time. Clients are able to deploy up to date schema markup, at scale to their websites thereby making the site understandable to search engines making your content appear more prominently in SERPs. With an ultimate goal of being eligible for rich results.

2. Technical DesignThe Schema App connector for AEM locally caches your Schema markup so it can be deployed with the rest of your content when the page is rendered. This provides greater assurance your schema markup will load in time for Search engines.

The first step in the process is The AEM connector is installed and registered with Schema App. This setups the website and integration information within Schema App. If you chose to use the JavaScript. AEM will also inject highlight.js into your pages when add the configuration to your site. For Crawler once the configuration is added to your pages you can start a crawl to begin deployment. 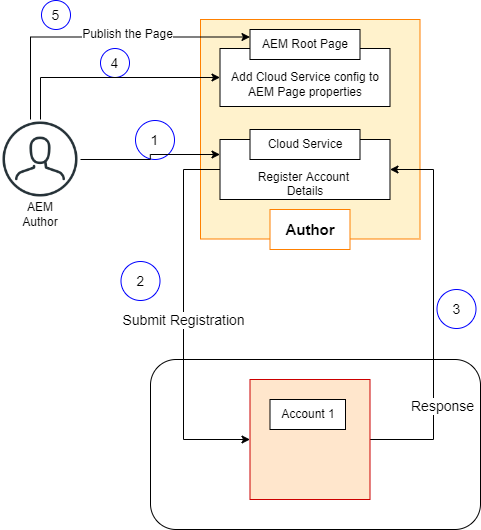 Once the registration is all set up, the process of inserting and updating JSON-LD can now proceed. 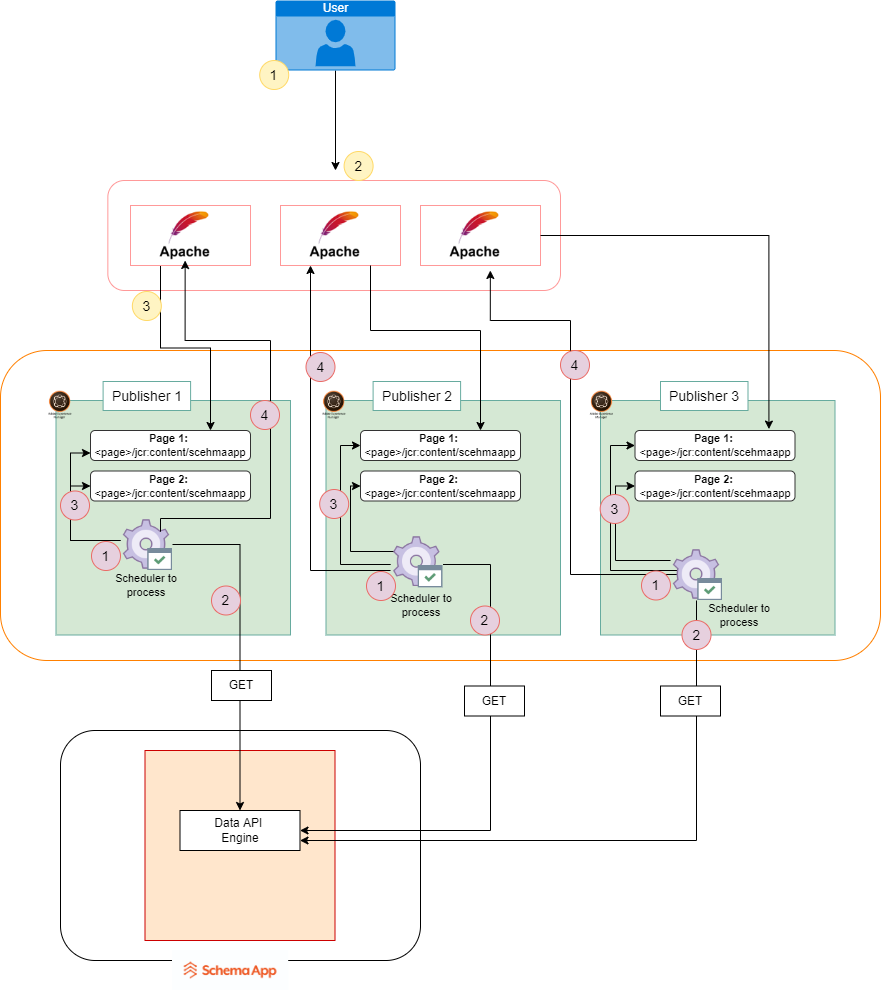 Note: When a new page is published from the author, JSON-LD is not removed. This is because the Scheduler runs on both publisher and author and therefore the JCR when replicated to the publisher will include the markup.

Headless AEMFor decoupled AEM, when a user requests a page, the request will be served by the front end (React JS or Angular JS), AEM frontend will call the page.model.json API and fetch the page content as JSON.When response is received from the API, scripts are created and added to the HTML header section. Subsequent API calls to the json API generates and inserts required schema markup on the page.

In general, it will not be necessary to invalidate the dispatcher cache. Schema App does send a request when the markup is updated.

Plugin Permissions: Below table highlights the permissions and services that will be required for the Plugin to work efficiently.